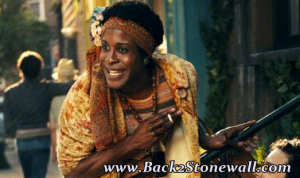 Roadside Attractions has released a brand new clip from STONEWALL, which features Otoja Abitas as Marsha P. Johnson, the legendary activist and pioneer of the trans movement.

STONEWALL will be released in theaters on September 25, 2015.