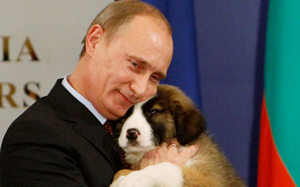 In an interview with John Daniszewski, the Associated Press’s Senior Managing Editor for International News Russian President Vladimir Putin attempted to do damage control over the worldwide backlash against Russia’s draconian anti-gay “propaganda” laws by stating that that they would be used to punish athletes who display rainbow flags during the Winter Olympics in Sochi, and also insisting that gays are not discriminated against in his country.

During the interview Putin said of the LGBT community in Russia: “I assure you that I work with these people, I sometimes award them with state prizes or decorations for their achievements in various fields,” adding that if there were a problem that he would be happy to meet with members of the gay and lesbian community if they asked to see him. but they haven’t. “”We have absolutely normal relations, and I don’t see anything out of the ordinary here.”

Putin also added that LGBT Olympic athletes from around the world be safe not be punished. But he clearly has no intention of allowing a gay pride parade during the Olympics. But covers the fact that he will would not let a Sochi Pride happen during the Olympics not because it is gay but because of possible terrorist attacks.  Sochi sits just west of Russia’s North Caucasus, where an Islamic insurgency is simmering.

“Terrorists are always a threat to someone,” he said. “If we’ll be scared of them, it means they have won. But that doesn’t mean we can have a devil-may-care attitude toward this threat. We must do everything to stop these threats and not give the terrorists a single chance to demonstrate their brutality and hatred of mankind.”

Mitt Romney: I Don’t Understand Why The Windows On Jetliners Don’t Open” (And Don’t Call Me Shirley) 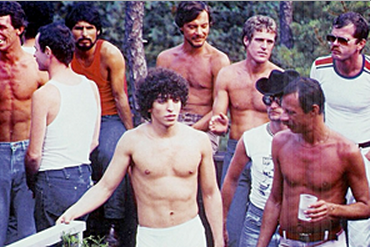 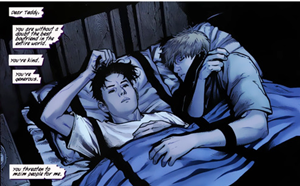 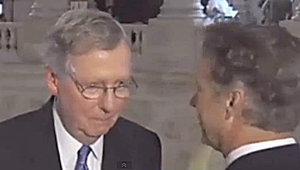