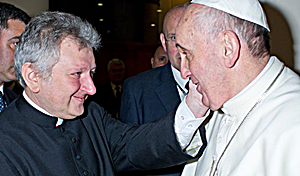 A story that is flying under the radar this week is that Monsignor Battista Ricca, who has been charged with cleaning out the stables at the scandal-struck Vatican bank by Pope Francis is having a bit of a scandal himself as he was found stuck in an elevator last Thursday with a male “companion” that turned out to be a well known a “rentboy” .

Mnsgr Ricca, as who was appointed by Pope Francis’is charged with responsibility for the troubled financial institution, known officially as the IoR (Institute for Religious Works), and is, was supposed to usher in new era of  transparency and badly needed reforms after years of financial scandal.

It is claimed that Msgr Ricca, 57, impressed Pope Francis with the way he ran three key residences used by cardinals, bishops and priests visiting Rome.    But now other claims have emerged of how in 1999, Ricca took a Vatican diplomatic posting in Uruguay and moved his lover, Patrick Haari, a Swiss army captain, in with him, to the outrage of church figures and locals in the conservative South American nation. Captain Haari was forced out by the hardline Polish nuncio Janusz Bolonek in 2001.   Monsigno Ricca  was also attacked in a cruising area that very same year.

Vatican spokesman Padre Federico Lombardi has publicly dismissed the claims about Msgr Ricca’s private life. “What has been claimed about Msgr Ricca is not credible,” and  Msgr Ricca himself has not yet responded to publicly to the allegations.

Italian journalist Sandro Magister of L’Espresso charges that although these incidents were well known, there were not noted on Msgr. Ricca’s personnel records— presumably because sympathetic Vatican officials were protecting him.

In other words….  The Gay Vatican Mafia! 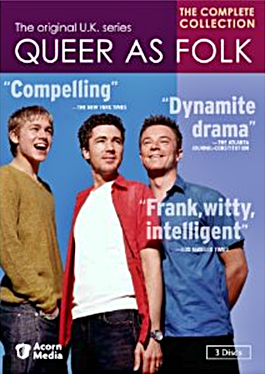 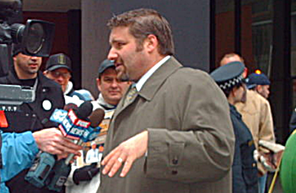 Liberty Counsel Loons Staver and Barber: Jesus Is In The Closet And That Leads To Gay Marriage! 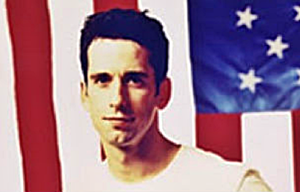 Dan Savage: It’s Gotten Better But…. “There’s a fuck of a lot left to do”