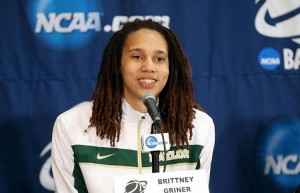 Over the past few weeks you may have noticed how frustrated I have been at the lack of coverage and support from the LGBT community was showing after Brittney Griner, a newly signed WNBA player came out of the closet while she was selected in their draft. She was not receiving anywhere near the recognition that Jason Collins received. Nor have the dozens of other lesbian and bisexual women that have come out while still participating in professional sports. I still find it disturbing how little recognition a woman receives for coming out compared to a man and feel it needs to change immediately.

With that said, there comes some good news for Griner and is starting to see some more recognition in the form of networks. Black Entertainment Television (BET) released the nominations for a Subway Sportswoman of the Year award. Here’s more:

College basketball star Brittney Griner has yet to play her first game with the WNBA’s Phoenix Mercury but she’s already being nominated for awards.

As Vibe Vixen notes, the Baylor University, soon-to-be graduate has been nominated for a 2013 BET Award.

Alongside Gabrielle Douglas, Candace Parker, Serena and Venus Williams, Griner is in the running for a “Subway Sportswoman of the Year” award, note MTV News.

The dunk enthusiast, who came out as lesbian in April, recently graced the stage at the 24th Annual GLAAD Media Awards in San Francisco, where she shared an encouraging message for lesbian, gay, bisexual and transgender (LGBT) youth.

Griner makes her debut on the court as a professional athlete at the end of this month. The Phoenix Mercury opener is on May 27 at 2pm MST. Griner encourages fans to come out and support.

I hope other media platforms like HRC and GLAAD actually do more to include the other members of this community other than gay men. We are comprised of so much more than that and although these organizations have stated that they are working towards that there have been no tangible implementation or results  So many of the other parts of our community that consist of different genders, race/ethnicity, religions, etc,. still are made to feel separate, whether that is implicit or intentional, needs to changes. And reaching out to people like Griner would be a great first step. 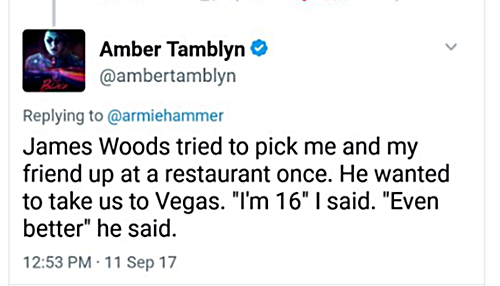 Armie Hammer had the setup, but Amber Tamblyn had the KILLSHOT on James Woods 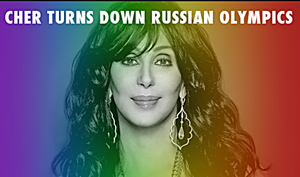