I once had a well-meaning employee tell me that the nice thing about my being gay was that I couldn’t reproduce. I’m confident that I can reproduce-all the necessary parts are still in working order-but of course what he meant was I didn’t have to worry about having children.  In order to have kids, my partner and I would have to make a very conscious choice to adopt, use a surrogate or find another solution.

But what if we didn’t have a choice? What if the human race itself was dependent on every able-bodied man and woman procreating? What if the government actively monitored our sex lives, for the ostensibly “greater good?”

These questions are given life in Alex M. Bright’s novel TRIsocialization.

TRIsocialization traces, by way of the lives of two generations of New Yorkers, the genesis of increasingly intrusive government programs meant to save the human population while accommodating the diversity of human sexual orientation.

In the future imagined in TRIsocialization, citizens are encouraged to form relationships with more than two people, and to have as many children (girls are especially prized) as possible.  It’s the anti-marriage equality crowd’s worst nightmare; not realized because of a libertine society but because of a mysterious pandemic.

TRIsocialization’s characters are diverse-sexually, racially, politically and professionally.  You will love them, befriend them and desperately want them to triumph despite the conflicting factions intruding on their lives.

“Dylon shut his eyes tight, then turned his gaze toward the jury. He began, as though reciting a long-rehearsed speech:

“I’ve been charged with murdering two people by burning down the house they slept in. It’s not true. Why would I murder two people I was in love with? I went to bed that night with both of them–” there were scattered gasps from both the jury and the gallery, “– yeah, both of them. We’re gay– they were– but we’re not supposed to love each other, right? I have nothing against women. Neither did Brad or Aaron–” Dylon choked, struggling to find the words, and his voice, through tears. Their names. He had spoken their names. “Sorry. I– like I said, we have nothing against women. Or the government. Or anybody else. We just wanted to be left alone, and be happy in our little family. I went to sleep with them that night, same as almost every night, and I woke up in a ditch. I have no idea what happened, but I can guess.” He turned directly toward one of the camera eyes. “Most of you can guess. I didn’t kill them. I loved them.”

It all happened in an instant. Dylon turned to face Wren for a brief moment, a look of apology in his in eyes. Then his hand was in his pocket, and a sharp piece of plastic glinted like lightning. In front of the court, and the entire live Network feed, Dylon dragged the edge across his throat. Wren heard herself screaming.”

TRIsocialization is an excellent read by one of this countries newest and talented upcoming writers can be purchased HERE: 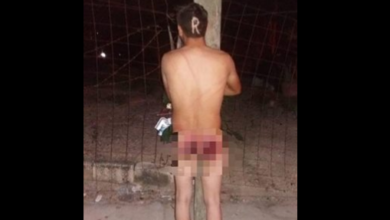 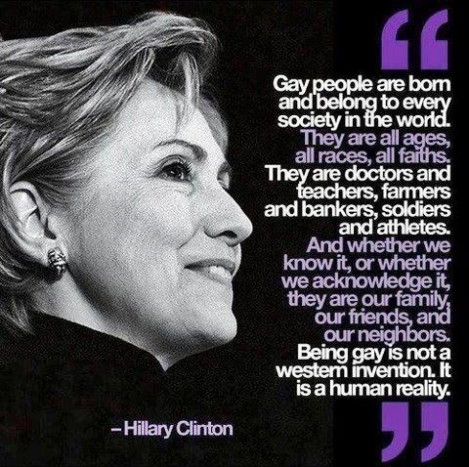 Message of the Day – Hillary Rodham Clinton: “Being Gay Is A Human Reality”