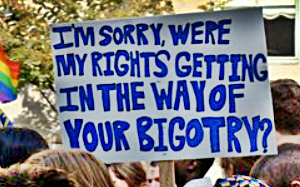 Toto, I don’t think we are in Kansas anymore or if we ever actually want to go to it again.

Voters in two Kansas cities, Salina and Hutchinson, repealed gay-inclusive anti-discrimination laws that had been adopted this year by the cities’ governing bodies during Tuesdays elections.

The Salina ordinance was repealed by a vote of 54% to 46%, while the Hutchinson law was voted down by a margin of 58% to 42%.  That leaves Lawrence, Kansas as the ONLY city in the state that has an LGBT-inclusive anti-discrimination law on the books and has since the mid 1990’s.

“It’s clear we have a lot more educating to do,” Jon Powell, chairman of the Hutchinson chapter of the Kansas Equality Coalition, an LGBT rights group said in a statement after Tuesdays election. 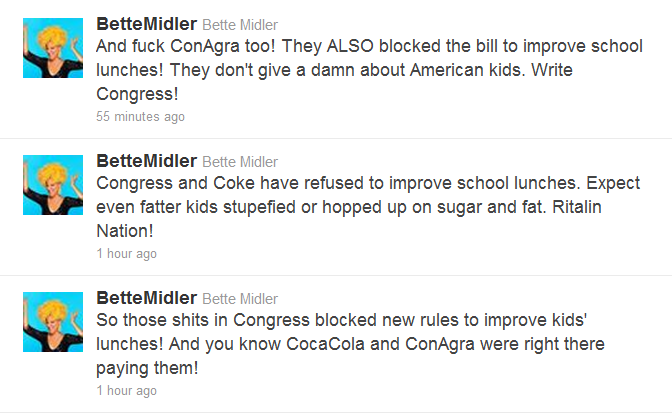 Tweet Of The Day – Bette Midler Has A Message For “Those Shits” In Congress: 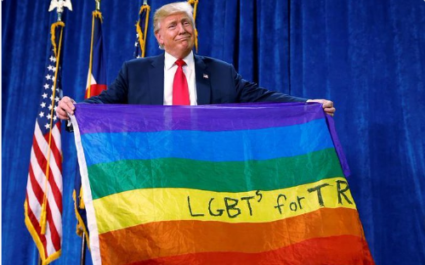 Trump Pulls Out Rainbow Flag At Rally In Colorado 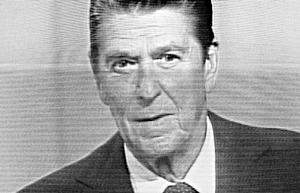