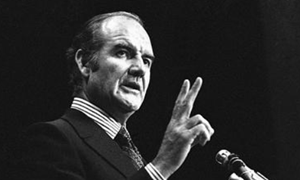 At approximately 5:15 am CT this morning peacefully at the Dougherty Hospice House in Sioux Falls, SD.

McGovern a historian, author and U.S. Representative, U.S. Senator, and the Democratic Party presidential nominee in the 1972 presidential election was a staunch anti-war advocate and ally to the LGBT communities fight for civil rights.

McGovern was an exemplar of modern American liberalism. He became most known for his outspoken opposition to the growing U.S. involvement in the Vietnam War. He staged a brief nomination run in the 1968 presidential election as a stand-in for the assassinated Robert F. Kennedy. The subsequent McGovern–Fraser Commission fundamentally altered the Democratic presidential nominating process, by greatly increasing the number of caucuses and primaries and reducing the influence of party insiders.

McGovern’s campaigns remain definitional political experiences for millions of Americans because they were about more than politics. They were about a deep vision of the republic’s past, present and future; so much so that his 1972 campaign slogan was “Come home, America.”  And was the first Democratic Presidential Candidate who pushed the DNC to include a 7 point plank for gay rights.

Generations of Democrats recognized McGovern as a North Star hero, just as generations of Republicans made him the face of what they fear: a politics of compassion and decency that would, in the words of one of McGovern’s heroes, former Montana Senator Burton K. Wheeler, “place humanity above the dollar.”

McGovern once said, “During my years in Congress and for the four decades since, I’ve been labeled a ‘bleeding-heart liberal.’ It was not meant as a compliment, but I gladly accept it. My heart does sometimes bleed for those who are hurting in my own country and abroad.”

George McGovern was a REAL AMERICAN.

May he rest in peace. 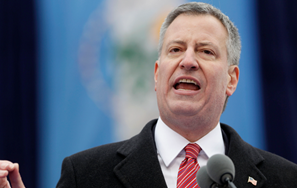 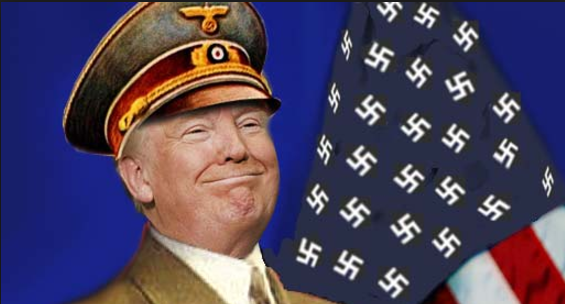