Despite calls for violence by Father Evgeni Yanakiev of the Bulgarian Orthodox Church who earlier this month called upon Bulgarian “Christians” to “in every possible way oppose the gay parade that is being planned” and also that “throwing stones at gays is an appropriate way.”  Bulgaria’s Sofia Pride Parade happened yesterday without violence and was a huge success .

Organizers said yesterday’s parade, the biggest yet held in Bulgaria, is  a step forward in highlighting the importance of tolerance for the gay  community, but that there is a long way to go in broadening acceptance of  homosexuals in society in the region.

“Everything was perfect,” says Marko Markov, one of the parade  organizers. “For four consecutive years there has been no violence at all  at the parade itself, though we were very concerned this year. The far right is very loud but they know they can’t harm us.”

The Human Rights Watch reminded the Bulgarian government of its responsibility as a member of the Council of Europe to protect LGBT people from violence and hate speech that might lead to violence.

600 police officers were sent to the event, which drew about 1,500 to 2,000 pro-gay  people, including ambassadors from the United States and England

About 150 – 200 counter-protesters did attend the even but the Bulgarian Police kept them in check. 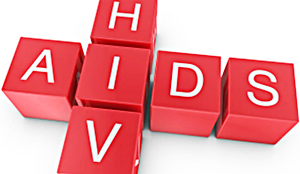 An Honest, Open Reaction to Learning That My Partner was HIV+