Dharun Ravi, who was sentenced him to only 30 days in jail — far less than the 10-year prison sentence he should have gotten for his part in Tyler Cmeneti’s suicide has been released on good behavior 10 days early from the Middlesex County jail where he was serving his slap on the wrist sentence.

Ravi used a friend’s computer in September 2010 to view a few seconds of live streaming video from his own dorm-room webcam and saw roommate Tyler Clementi and another man kissing.

Ravi then told other students about Clementi being gay in person, in texts, instant messages and tweets — and alerted others again two days later that Clementi, 18, wanted the room to himself again. That time however the camera did not operate.

A night later, when Tyler Clementi found out he committed suicide.

Ravi was convicted in March on criminal charges, including bias intimidation, invasion of privacy and tampering with a witness. But NOT the death of Clementi and was sentenced to only 30 days in jail.

Dharun Ravi has literally gotten away with murder.

Brett Ratner To Step Down As Oscar Producer Over “Rehearsal’s for fags” Comment. 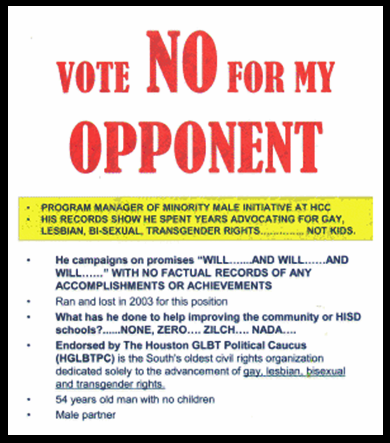 Houston TX’s Manuel Rodriguez Jr: Don’t Vote for My Opponent, He MIGHT Be GAY!