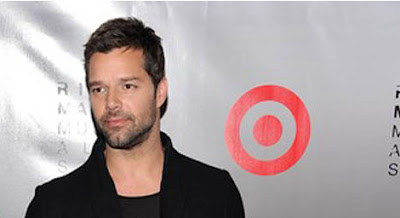 Ricky Martin who came out loud and proud earlier this year may be “out” but his pride is certainly questionable.

Its been discovered that Martin has made merchandising deals with the anti-gay TARGET Corporation which started on January 21 in conjunction with his album Música + Alma + Sexo, and both reportedly performed last week at a corporate event for Target managers in Minneapolis and Martin also appeared and performed at a TARGET event in NYC.

Guess who did not perform at the Target managers meeting at Target Center Tuesday? Lady Gaga. Not that anyone expected her after her falling out with Target over the company’s donations to political action committees that she didn’t approve of. She had a deal with Target to carry an exclusive version of her upcoming “Born This Way” album but she pulled out.

Other stars who do have deals with Target did perform for several thousand store managers on Tuesday.

Ricky Martin repeatedly denied being gay until he decided to promote his autobiography and needed an angle to get the press interested in his has-been ass as in the 2001 quote – “If I were gay, why not admit it?… I am a normal man. I love women and sex. I am a real hot-blooded Puerto Rican, but I have never been attracted by sex with a man.”

And that about GLAAD?

Martin signed his deal with TARGET a good 2 months BEFORE awarding him the Vito Russo Award for his work as a role model at its latest Media Award Starfucker Jamboree.  This is just one of the many many examples on just how useless GLAAD has become.

Could there possibly be a more useless and embarrassing gay organization than GLAAD?