Last night in New York City GLAAD held its 22nd Annual Media Awards.  The first of THREE Award Ceremonies with the other two being in Los Angeles on April 10 and in San Francisco on May 14

The media awards which happen every year is a star studded evening that cost thousands upon thousands of  your hard earned dollars that you donated to The Gay and Lesbian Alliance Against Defamation to “amplify the voice of the LGBT community by empowering real people to share their stories, holding the media accountable for the words and images they present, and helping grassroots organizations communicate effectively. By ensuring that the stories of LGBT people are heard through the media, GLAAD promotes understanding, increases acceptance, and advances equality”

This year GLAAD did so by giving awards to Excellence in Media Award to (the straight) Russell Simmons,  the co-founder, with Rick Rubin, of the pioneering hip-hop label Def Jam and  a longtime supporter of marriage equality. GLAAD also awarded the Vito Russo Award to Ricky Martin who came out of the closet about 20 years too late after his career started slipping  Presented Outstanding Drama Series to True Blood (HBO) which I do love but lets face it the gay characters on that show are hardly real portrayals and  far from sympathetic.  And of course an award had to go to silver fox and undercover gay Anderson Copper for his  Gay Teen Suicides” (series) Anderson Cooper 360 (CNN) which in fact VERY GOOD even though it was on CNN which  is one of the BIGGEST offenders of allowing anti-gay hate spokespeople such as Tony Perkins, Maggie Gallagher, and Peter LaBarbera a legitimate platform to spew their vicious hateful lies about the gay community.  And the last I heard the News was media and that is one battle that GLAAD is either too chicken or weak to take on.

As you can tell I am not a HUGE fan of GLAAD.

There have been many problems over the past few years with the GLAAD the organization and the Awards including:

*GLAAD has nominating  the Miller Brewing Company for a Media Advertising Award despite the fact that it also made a commercial that could be deemed homophobic.
*GLAAD being in the midst of Board and financial problems with the possibility of grant misappropriations..
*GLAAD wasting past donation monies to host “Lounges” at The Sundance Film Festival.
*GLAAD’s Network Responsibility Index not being so responsible.

Personally I think GLAAD is an outdated, mismanaged, and wasteful organization that right now has no clue what they doing any longer other to throw award gala’s and never really tackle the tough Anti-LGBT media problems the need to be fixed. I think the waste of time and money for these awards is not only a mishandling of funds but also a makes a mockery of their mission statement.

And to make the whole Media Award’s Spectacular even more so unappetizing is the fact that that Here! and Logo, the nation’s two gay TV networks, are not allowed to submit their programs for consideration to the GLAAD Media Awards. because “it would be “unfair” to place the mainstream media in competition against gay networks and publications and rather than raising the bar for the quality of coverage,” he wrote, “it would likely discourage mainstream media outlets who felt they could never compete against a media outlet whose sole purpose is to tell LGBT stories to a largely LGBT audience.”

Because we all know somewhere out there a Hollywood Mogul is specifically creating a gay character, specifically in the hopes of winning the highly coveted and honored GLAAD Media Award.

One thing for sure.  I’ll be GLAD when GLAAD actually realizes it’s own ineptitude and self importance and drops the award bullshit and actually uses the LGBT donation money and grants that its isuued on serious and genuine media problems. 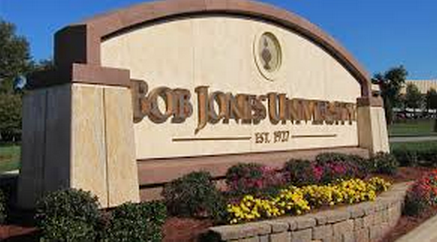