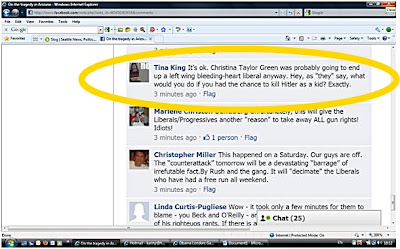 In what has to be one of the most truly disgusting, despicable, and insensitive posts and turn of events on the Internet yesterday to do with the shootings in Arizona  over at Sarah Palins Facebook page while Ms. Palin or her staff of fellow loons were busy scrubbing off every negative comment about Palin that appeared on  within minutes of posting at 18:12 a posting from a horrid subhuman thing named Tina King  posted:

“It’s ok. Christina Taylor Green was probably going to end up a left wing bleeding heart liberal anyway. Hey, as ‘they’ say, what would you do if you had the chance to kill Hitler as a kid? Exactly.”

Christina Taylor Green was the innocent 9 year old that was shot and killed.

Did the Palin camp delete this comment  NO.  It stayed up.  Even as they moved forward deleting other anti-Palin  posts that appeared well after it.

THIS is who Sarah Palin and her people really are.  Make no argument about it.

The failure to remove a highly insensitive and offensive remark about a dead child… a dead 9-year-old child… is so… abhorrent. And this, from a person (and her staff) who portrays herself as a right-to-life advocates is truly disgusting beyond words.   I guess the right to life does not apply to 9-year-old children as long as Palin is defended first. 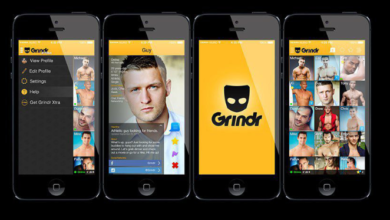 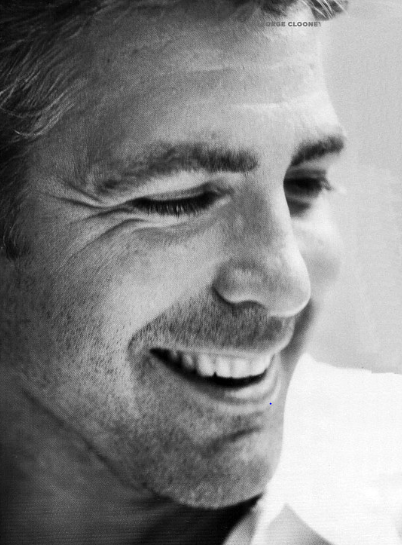 WIN A Date With George Clooney! – Gorgeous George To Auction Himself Off To Raise Funds For GLSEN