James Franco, the kewlest and hottest dude in the universe spoke along with other likely Oscar nominees in Newsweek, and when the discussion turned to on-screen sex scenes The Franco made a shocking confession.

I think if anybody who has made a home sex tape knows, what feels best doesn’t always look best,” he said. “I remember when I was 19 doing that, and then watching it back and thinking, oh, that looks horrible… You have a lot of respect for those actors in pornography, because they are really not just doing it, they’re really selling it.”

WE NEED THAT SEX TAPE!  SCOUR THE ENDS OF THE EARTH UNTIL IT IS FOUND!

Repugnant Senator John Cornyn: “Repealing DOMA Will Cost The Country Too Much Money” 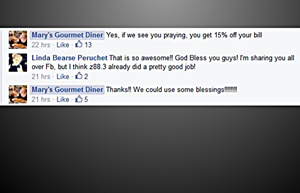 The Pious Is On Us!: North Carolina Diner Gives Discount to Customers Who Pray In Public‏