Steve Buckley has been a regular sorts columnist with the Boston Herald, Boston’s blue collar conservative newspaper since 1995.  In 1999 he wrote and produced “I’ll be Seeing You: An American Story of World War II,” a one-hour documentary, for NECN. He received a New England Emmy for best sports feature in 1998. He has been a frequent guest on SportsDesk on NESN.

In addition to his regularly appearing columns, he has written numerous articles for Boston Magazine, Yankee Magazine and other periodicals and several books. His latest book “Wicked Good Year” chronicles the Celtics, Red Sox, and Patriots during the 2007 season

“Over the past couple of months I have discussed the coming-out process with my family and a few friends, and have had sit-downs with Herald editor-in-chief Joe Sciacca and sports editor Hank Hryniewicz, as well as with WEEI’s Glenn Ordway. They’ve been great, as have my friends and family.

But during this same period, I have read sobering stories about people who came undone, killing themselves after being outed. These tragic events helped guide me to the belief that if more people are able to be honest about who they are, ultimately fewer people will feel such devastating pressure.

It’s my hope that from now on I’ll be more involved. I’m not really sure what I mean by being “involved,” but this is a start: I’m gay.”

It’s a very interesting and  touching story about his 7 year journey to coming out in today’s column. And well worth the read.

At this point their are over 125 comments on his story some good and some not-so-good which isn’t shocking considering the Herald’s conservative readership.  So if you feel so inclined head on over read the story and leave Steve a message of support.

Welcome to the family Steve.  Its great to have you aboard. 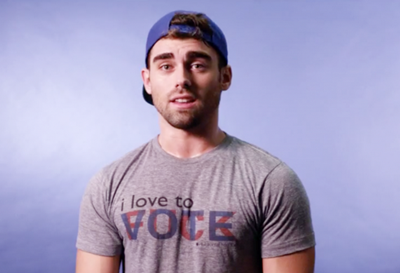