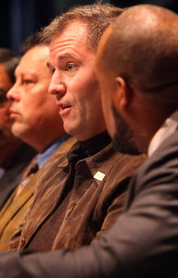 David O’Malley, the former police chief of Laramie, Wyo., looked a lot like the people he was speaking to Monday morning. He’s broad-shouldered, square-jawed, every inch a cop at a civil rights rights conference hosted by the local FBI and the U.S. Attorney’s Office in Cleveland, OH.

That was before he investigated the death of Matthew Shepard, a young gay man tortured and murdered in a crime that shocked the conscience of the nation and inspired a new civil rights law. Delivering this opening remarks, O’Malley asked the authority figures to take hate crimes more seriously and to investigate them more ruthlessly, using new tools at their disposal.

“Why is this legislation important?” O’Malley asked. “Because there are places in our country that think , if you’re queer, you deserve what you get. If you happen to be gay, we may not investigate as well. We may not prosecute. I’m hoping that all stops.”

O’Malley said he learned more than the heinous details of the crime, “injuries like I had never seen before.” He learned how much Shepard was loved by friends, family and his parents, Dennis and Judy Shepard, who had to envision the unthinkable.

So tight was their boy lashed to the fence, O’Malley said, that the first sheriff’s deputy on the scene could not get a knife between the ropes and his flesh to free him.

O’Malley said he still thinks of the Shepards when he hugs his own son, knowing they can never do the same. “And that gives me a real intense feeling of loss.”

“Hate crime is a difficult topic for some people to engage in,” said Dan Leeper, a supervising special agent for the Cleveland FBI. “But when a law enforcement veteran like that, someone everyone respects, presents that message, I’m sure it’s being well-received.”

Throughout O’Malley’s speeh the auditorium was silent. The police, federal agent and prosecuting attorneys hung on his every word.
[source]

And Now Your May 21st Rapture Weather Forecast…… 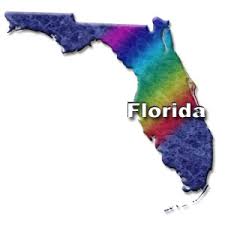 Video – Michele Bachmann: “If Anyone Will Not Work, Neither Will They Eat”