ABC News’ “What Would You Do?” presented a segment last night on Gay Bullying.
ABC News hired 4 teenage actors to play bigoted bullies and a helpless gay victim and set the stage on a Long Beach, New York boardwalk.

“You’re a disgusting homo!” one bully yells. Our victim covers his face, his eyes filling with tears. “What do you have in that bag? Fairy dust?”

The insults keep coming as bystanders fill the boardwalk.

Then we start to notice an alarming trend. Despite the bullies’ relentless taunting, most people pass the group without saying a word. Our victim yells “stop!” and tries to get away from the three bullies but they keep blocking him at every turn.

Some people watch in the distance — pausing for a moment to stare but eventually just continue on.

For 15 minutes, no one seems the least bit interested in stopping the harassment. Some tell us they simply didn’t think it was their business to get involved.

“It wasn’t at a point where I thought I should jump in,” one man said. “I just didn’t feel it was my place to step in.”

Only 3 people who passed stopped over a two day period of taping to help.

Maike Carr, a self confessed former bully who not only stopped the bullies but then attempted to lecture them.  Mike Brady who survived a hit-and-run accident over 20 years ago; he was left with only one working hand as a result of his injuries . “Well, I went over to him and said, what’s going on here?…And you know, I was ready to punch one of them with my left hand, but that didn’t happen, thank God.” and Jeff Kupferman is a retired social worker who used to work in a local school.

Kupferman had a message for those who, over two days of taping in Long Beach, witnessed our gay bullying and did nothing to stop it. 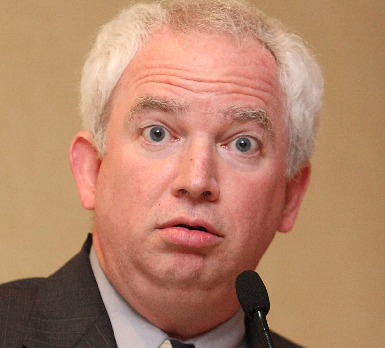 Requiem For A Cow: Maggie Gallagher – Srivastav Replaced As Chairman of the Board At NOM