Earlier this week The Washington Post allowed an editorial from anti-gay bigot Tony Perkins of  The Family Research Council to broadcast his unfounded  anti-gay rhetoric and  hate in spite of the fact of the recent epidemic of LGBT suicide which is lined to such hate speech in Jon Meacham and Sally Quinn’s  “On Faith” column and after much criticism the Post horrendously tried  justify it by saying that Perkins column was supposed to offset and be a “balance” to a Live Blog chat that WaPo hosted with Dan Savage over LGBT Teen Suicide and the “It’ Gets Better” Project.

Today, Jon Meacham and Sally Quinn’s “On Faith” column gave equal space to Jarrett Barrios, The President of GLAAD to respond.  Barrios does make a good case against Perkin’s and the Post for publishing it.but never touches the fact that many national organizations have long proved Perkin’s and his ilks claims and scientific data to be junk science at best and pure lies at worst.  THAT is a message that we need to broadcast over and over to discredit Perkins, and all other anti-gay organizations.

You can read Jarret Barrio’s full  ON FAITH Op-Ed Reply to The Post and Perkins after the jump.below.  Just CLICK “Read more…”  (I refuse to link to that rag any longer.)

By giving noted anti-gay activist Tony Perkins a platform from which he could explicitly blame the victims of bullying for their own depression, the Washington Post became part of the problem.

Perkins took to the Post’s ‘On Faith’ section this week with two goals in mind. First, he wanted to extricate himself and other anti-gay activists from any blame for the tragic suicides of the past several weeks. Second, he wanted to tell the hundreds of thousands of children who are gay, or are perceived to be gay, that they themselves are to blame if they feel hopeless or helpless – not the bullies.

We called the Post out for their decision to let Perkins do this. The Post told us, via Twitter: “we’re working to cover both sides. Earlier, we hosted Dan Savage of It Gets Better in a live chat.”

Yes, you read that right. “Both sides.”

The Washington Post – one of the most respected news sources in our country’s history – is telling a nation full of lesbian, gay, bisexual and transgender children, that their lives are up for debate.

I was a nine-year-old in Florida in 1977 during Anita Bryant’s infamous ‘Save Our Children’ campaign, when the airwaves and newspapers were flooded with hysteria. Bryant had set out to overturn a Dade County ordinance which protected people from discrimination on the basis of sexual orientation – and to support a proposed ban on adoption by gay and lesbian couples. She launched an all-out media blitz, Bible-in-hand, pressuring lawmakers and voters into supporting her anti-gay efforts. And it worked.

But the effects of that campaign didn’t stop when all the votes were counted. By giving voice to Bryant and her followers, the media had instilled in my nine-year-old heart the belief that being gay was bad. Several years later, when I realized that I was gay, all the messages that the media had given my younger self came rushing back. I felt like I was wrong for being who I was. I felt like the world would be a terrible place for me. I felt hopeless. Helpless. Like I would never be worthy of anyone’s love.

I was wrong to believe those things. But the media was wrong to sell those lies to me, under the guise of a “debate.”

By letting Tony Perkins stand on its soapbox, the Washington Post is telling today’s kids, their parents, and the educators whose job it is to prepare them for life, that it’s perfectly reasonable to claim (as Perkins does) that those dark thoughts are caused by simply being gay – and not by the fact that people like Perkins have made it their lives’ work to deny gay people the opportunity to live freely and peacefully.

In his piece this week (mere paragraphs after he claimed that he believes no person should be subjected to verbal harassment) Perkins called gay children “abnormal” and “self-destructive.” According to the Post, there’s nothing wrong with that sort of name-calling. It’s just one side of the debate. And technically the Post is correct when it says it is covering “both sides” of the scourge of anti-gay bullying.

But one of those sides belongs to the bully himself.

When have we ever seen Tony Perkins in the media, discussing an issue that did not involve the lives of gay people? How often is he on CNN to discuss poverty? When was the last time he showed up in the op-ed pages to talk about hunger or homelessness? Perkins only shows his face in the media when there’s a chance for him to argue that the lives of gay people are unworthy.

If Perkins truly believes that all people – even gay people – should be able to live their lives free from bullying, then he needs to stop bullying them himself.

Until Perkins ends his campaign to keep basic freedoms away from gay people, the Washington Post and other media outlets need to stop treating him like a reasonable contributor to our national dialogue. And if they keep giving him a soapbox, they’re telling the nation that his anti-gay screeds are just as reasonable as the opinions of those who want the bullying to stop. 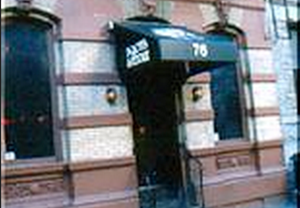 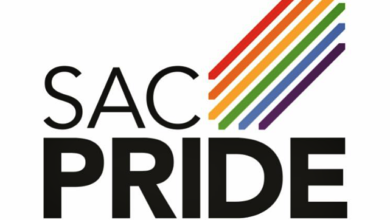