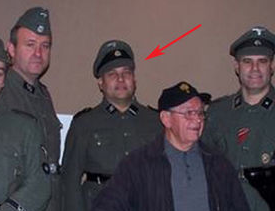 The schnitzel has hit the fan for Ohio Republican/Tea Party U.S. House candidate Rich Iott when a picture of Iott was leaked on the web of Iott dressed in a Nazi German Waffen SS uniforms and it’s become known that he likes to participate on Nazi re-enactments Atlantic journalist Josh Green revealed on “Real Time with Bill Maher.”

The SS Division Wiking was a German Waffen SS division recruited from foreign volunteers. During the course of World War II, the division progressed from a motorised infantry, Regiment formation to a fully-fledged Panzer division. It saw action on the Eastern Front during the war. Hstorian Eleonore Lappin from the Institute for the History of Jews in Austria has documented several cases of war crimes committed by members of the Wiking division in her work The Death Marches of Hungarian Jews Through Austria in the Spring of 1945[1]On March 28 1945 eighty Jews from evacuation column, though fit for the journey, had been shot by three members of the Waffen-SS “Wiking” division and five military policemen. On April 4, twenty members of another column that left Graz tried to escape near Eggenfeld, not far from Gratkorn. Soldiers from “Wiking” division that were temporarily stationed there apprehended them in the forest near Mt. Eggenfeld and then herded them in a gully, where they were shot. On April 7 and 11, 1945 members of the division executed another eighteen escaped prisoners. 5th SS Wikings war crimes have not been confirmed, mostly because Wiking was not proven guilty in the Nuremberg trials.

When contacted by The Atlantic, Iott confirmed his involvement with the group over a number of years, but said his interest in Nazi Germany was historical and he does not subscribe to the tenets of Nazism. “No, absolutely not,” he said. “In fact, there’s a disclaimer on the [Wiking] website. And you’ll find that on almost any reenactment website. It’s purely historical interest in World War II.”

“These guys don’t know their history,” said Charles W. Sydnor, Jr., a retired history professor and author of “Soldiers of Destruction: The SS Death’s Head Division, 1933-45,” which chronicles an SS division. “They have a sanitized, romanticized view of what occurred.” Sydnor added that re-enactments like the Wiking group’s are illegal in Germany and Austria. “If you were to put on an SS uniform in Germany today, you’d be arrested.”

The Wiking website has since scrubbed any mention or pictures of Iott and have taken down Thieu “recruitment” video. But it is uploaded on YouTube.  Watch below

Only In Ohio kids.  Only in Ohio.

LGBT Commercial: Smokin’ Hot Men Showering On A Beach. What’s So Funny About That? 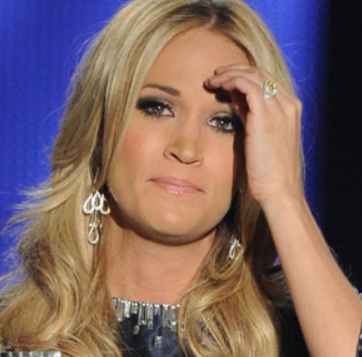 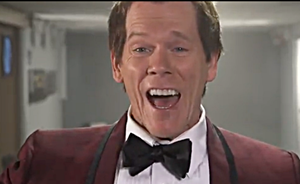