Joe “The Plumber” Wurzelbacher and the Missouri teabagger group “Alliance For Truth”have started a movement that opposes Missouri Proposition B, known as the “Puppy Mill Cruelty Prevention Act.” (TPM):

“This measure would provide common sense standards for the care of dogs,” Markarian told TPM, including sufficient food and clean water, vet care, regular exercise, and adequate rest between breeding cycles, among other things. Markarian said the measure only applies to “commercial dog breeding facilities” that have more than 10 breeding females who they use for “producing puppies for the pet trade.”

And why does Joe The Dumber and the Missouri “Alliance For Truth” oppose legislation closing cruel inhumane puppy mills? Because it will will be the undoing of responsible breeders and free and seeks only to raise the cost of breeding dogs, making it ever-more difficult for middle-class American families to be dog-owners.”

Wurzelbacher, who wrote on the Alliance For Truth site goes even further saying that The Humane Society is “cowardly hiding behind animal cruelty, lying to our citizens and taking our constitutional rights away – one state at a time.” and “This bill forces breeders to limit the number of dogs they can own – regardless of care. Think about this a minute . . . . Should the government have the right to limit the number of houses a realtor can sell? Or the number of cattle a rancher can raise?

You can’t make this stuff up.  These people are so low and out of control.  When are people going to see the actual lunacy and danger the Tea Party brings to America?  What they have done so far isn’t enough now they stoop to the harming of innocent animals.  Missouri has the largest concentration of puppy mills in the country due to lax laws, lax enforcement, and a strong anti-authority/anti-government streak that has run through the folk sense the Civil War. The places I’m talking about are like factory chicken farms, where the dogs are horribly mistreated, caged, living in filth.

Perhaps its time to round up Joe and the Teabaggers and treat them the same way. These people are just so sick, twisted and evil. and they are lower than any life form alive, especially if they advocate animal cruelty in the name of the constitution.

Video – The GAYEST Movie Ever Made! – "Can’t Stop The Music" (1980) Starring: The Village People and Bruce Jenner! 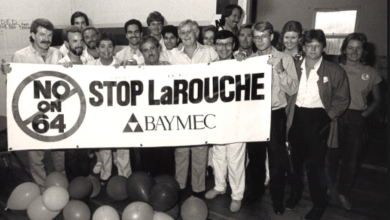