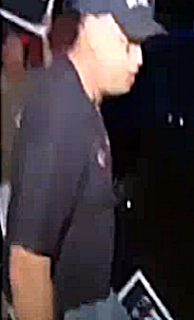 Last night in a scene that could have been out of “American History X” during the Kentucky Senatorial debate  supporters of Republican Tea Party candidate Rand Paul was captured by a local news affiliate attacking and literally stomping the head of a member of MoveOn.org.

Lauren Valle, went to the hospital after explaining what had happened to local press. As of 11:30 p.m. Eastern Standard Time she remained there, according to another MoveOn official. According to a local Fox station, Valle had attempted to approach Paul before the debate

The video of the attack showsValerie attacked and dragged to the pavement by her red sweater. Once on the ground a man wearing white sneakers stomps down on her head while people scream “get the cops”

Lexington Police Department, Lt. Edward Hart, says that as off 12:30 a.m. Eastern Standard Time they have not yet identified the man captured on video stomping the head of the MoveOn volunteer. Hart said that the department would be reviewing news footage of the incident and that they “are hoping someone can identify who the person is.” Until then, he said, it is a “pending investigation.”

I know the picture quality of the attacker above right is not that great and comes from the screen cap of the video news report.  But if you recognize or know this man PLEASE contact The Lexington. KY police Department at (859) 258-3600 or contact me via my email located in the upper right hand corner of this page under “TIPS”

No matter what side you are on violence and intolerance like this should nopt be allowed or encourged and those who do it must be held accountable. 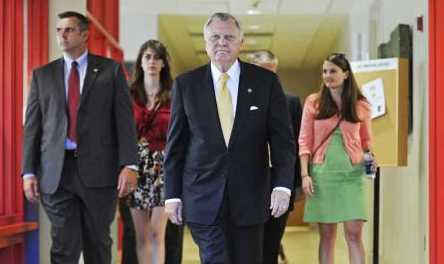