Phil Cleary, a Gustavus Adolphus student and the executive director of Gusties for Restoring America, which has its own Facebook page with a whole 38 members, is incensed that freshman orientation includes an hour long self awareness seminar called “The Inside Scoop” that advises freshman on how to deal with, respect, and and not be afraid or ashamed of being or dealing with people of different sexual orientations, religions, or races.

Cleary, a Minnesota native, (and who has all the earmarks of a self loathing closet case) has been blogging on CampusReform.org, a right wing extremist website which “is designed to provide conservative activists with the resources, networking capabilities, and skills they need to revolutionize the struggle against leftist bias and abuse on college campuses”  The website is owned by Morton C. Blackwells Right Wing  “Leadership Institute” whose past students include Karl Rove, Mitch McConnell and Joe “You Lie!” Oh, and did I forget to mention that Cleary is also an Intern for the Office of the President at The Leadership Institute

Cleary, is not happy that Gustavus Adolphus an Evangelical Lutheran Church  Liberal Arts Cchool in Minnesota is teaching tolerance and respect towrds others (The ELC are the Lutherans who are okay with gays, btw) Cleary uploaded videos of the seminar on YouTube after “infiltrating” the event.

This second event [top clip] goes a bit further than the first, educating students about distinctions between gender and sex (as well as how to celebrate “LGPBBTTQ&A”), testimonies from gay, lesbian, and atheist students, and a call censor the content of speech after screaming cuss words at students in the dark.

Cleary commented, “This is propaganda that one might expect be taught in a Gender and Sexuality course at a secular, state institution. However, Gustavus is a Lutheran school in southern Minnesota founded by Swedish immigrants in the 1800’s, and these shameful seminars are presented during the first few hours and days that students are on campus before classes even begin.”

Now many of you probably think this is a non-story of some little bigot right wing asshole college student  and his 38 followers making a big deal out of nothing.  But this is how Karl Rove, Mitch McConnell and other wingnuts begin and spread their hate.

Oh yeah, and don’t forget this is how Hitler started also.  So the question is should we show tolerance for those who hate us?  or should we hold them up to public spectacle and ridicule and call them out for the hateful bigots that they are.

I choose the latter.

UPDATE – 10/08/2010
Due to the large amount of spam and  abusive anti-gay hate comments that have been sent due to post being linked at an “ultra conservative” website and facebook account.  ALL comments will no longer be posted.
You can watch the YouTube Video’s of “The Inside Scoop” orientation after the jump 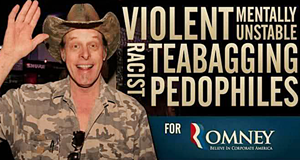 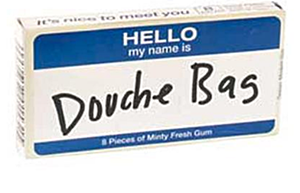