Earlier today U.S. District Judge Virginia A. Phillips who last month ruled that DADT was UNCONSTITUTIONAL saying that the “Don’t ask, Don’t tell” policy violates the 1st Amendment rights of lesbians and gay members,after hearing appreals (And of course the DOJ had to appeal it.) has ordered the Defense Department to ‘immediately to suspend and discontinue any investigation, or discharge, separation, or other proceeding.'”

ORDERS Defendants United States of America and the Secretary of Defense immediately to suspend and discontinue any investigation, or discharge, separation, or other proceeding, that may have been commenced under the “Don’t Ask, Don’t Tell” Act, or pursuant to 10 U.S.C. § 654 or its implementing regulations, on or prior to the date of this Judgment

This is probably the LAST chance that President Obama will have to take the easy route out and toput up or shut up. Blame the judge and don;t appeal.  Obama doesn’t have to fight this decision., the DOJ doesn’t have to seek a stay —  For the past year, a wide array of apologists have challenged that view.  What happens now will truly l tell you all you need to know about whether the Democratic party is on your side, or whether they are simply using you for your vote and your money.

Expect a decision shortly from the White House.

New Hampshire Union Leader Newspaper Still Refuses To Run Same Sex Marraige Announcements, Publisher Releases Statement: "Though the Union-Leader, believes that marriage is between a man and a woman, that does not make the paper anti-gay" 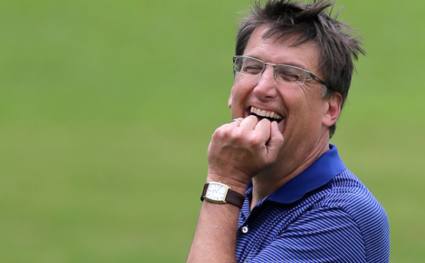