Sere who is a ROYAL DOUCHE in the past has also triued to attack Democtaric races by insinuating that the candidates were gay and has been accused of gay-baiting.

So I figured if Andy and the NRCC could do it so can I.

If you want ANDY’s ADDRESS its after the jump…..

Here’s Andy’s address.  (And no.  It’s NOT beneath me.Because if the Democrats won’t start putting the Republicans in their place and teach them a lesson then we must.  Oh, and btw, He’s 26, has a good paying job and lives with his parents.) 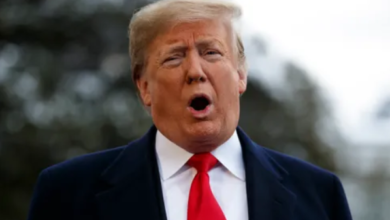 Trump Falls Like A Ton of Bricks, Caves To Democrats On Shutdown

DNC 2010 Obama Video Leaves The LGBT Community Out, Rumors Swirl in DC That Rham Emmanuel and Jim Messina Are Threatening To Cut The Gay Community Off