U.S. District Court Judge Vaughn Walker, who  in August,ruled that Proposition 8, the 2008 referendum banning same-sex marriage in California, is unconstitutional ban on same-sex marriage, plans to leave after more than two decades on the bench.

“I think he believes that he’s accomplished what he’s set out to accomplish, and now he’s interested in living the rest of his life and not being chained to a court calendar,” U.S. District Judge Charles Breyer said. He said Walker seems to be in good health and is not being “hounded out” by critics of his marriage ruling

In a letter to President Obama announcing his retirement, Walker said, “Concluding 21 years of judicial service, I leave the bench with the highest respect and regard for the federal judiciary, its judges and their staff and the essential role they fulfill in our constitutional system.”

Walker has been chief judge of the federal court in San Francisco for the past six years. The press officer said his decision to leave is unrelated to the Proposition 8 suit and that details about his future plans may be released in coming weeks.

Thank you Judge Walker for your courage and doing what was right.

Cue the Press Releases from Brian Brown, Maggie Gallagher, and all the other Anti-Gay Marriage hate groups lying. spinning and calling this a “victory” 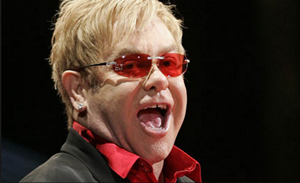 Elton John Spins His Upcoming Russian Concert: I Am Doing It For Gay Russians

The Act of “Googling” Marriage