Last week Christine M. Judd was forced to resign as dean of students and athletic director at Cathedral High School in Springfield, MA.  Judd has been at Cathedral for 12 years, working her way up from science teacher to dean of students and athletic director. Her promotions speak to her abilities. The school’s Website describes her as “one of the key members of the faculty and staff who serve as positive role models for the students.” So why the forced resignation?

The Roman Catholic Diocese of Springfield forced Judd to resign because she is a lesbian who married her female partner last month.

“Without being specific to this matter, it should be clear that all employees of our Catholic schools are made aware of our policies and regulations,” said diocesan spokesman Mark E. Dupont. “This includes language that clearly states that whenever by public example, an employee engages in or espouses conduct which contravenes the doctrine and teaching of the Catholic Church, that employee may be subject to disciplinary action. To do otherwise would be in contradiction to the values we believe in and are teaching in these same schools,” he said.

So in a nutshell, So, twelve years of hard work dedication means absolutely nothing the day these sycophants discover she’s legally married another woman.  The statement that Dupont gave above is not only ridiculous but also hypocritical  “This includes language that clearly states that whenever by public example, an employee engages in or espouses conduct which contravenes the doctrine and teaching of the Catholic Church, that employee may be subject to disciplinary action…”

Obviousl this disciplinary action is just limited to just a witch hunts of gays and lesbians, or are divorced people, people who use birth control, had abortions, sex before marriage, etc. purged as well?  I highly doubt that or else Catholic schools would have no faculty at all.

Luckily the students at Cathedral High School saw Judd’s forced resignation for what it really is,   hhomophobic hate and discrimination and they too to the streets yesterday MA to rally for Judd and show their disgust at her forced resignation.

Ironically, Springfield. MA is named the 13th friendliest city in the U.S. for gays and lesbians. 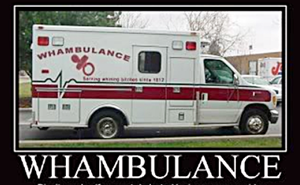