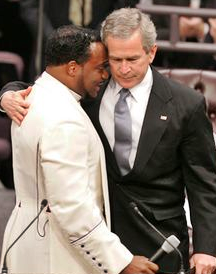 Atlanta, Georgia’s New Birth Missionary Baptist Mega-Church (which has 25,000 to 33,300 parishioners according to the church’s Web site.) Pastor Eddie Long, who Southern Poverty Law Center’s magazine named ‘one of the most virulently homophobic black leaders in the religiously based anti-gay movement.'” has been charged of coercing two young male members and employees of his church into having gay sex.  The two men now 20, and 21 years old state  in a lawsuit brought in Dekalb, Georgia that Long used his authority improperly and pressured them, via his spiritual authority to seduce them with cars, money, clothes, jewelry, international trips and access to celebrities.” and coerce them into sex.

“Long is considered one of the nation’s top black preachers. His church has more 25,000 members, according to the suit, and was the site of Coretta Scott King’s 2006 funeral, attended by then-President George W. Bush and three previous presidents. King was the widow of the Rev. Martin Luther King Jr. The pastor took one plaintiff, Anthony Flagg, 21, on overnight trips to a half-dozen American cities in recent years, Flagg’s suit alleges. ‘Long shared a bedroom and engaged in intimate sexual contact with plaintiff Flagg including kissing, massaging, masturbating of plaintiff Flagg by defendant Long and oral sexual contact,’ the suit says. Long took the other plaintiff, Maurice Murray Robinson, 20, to Auckland, New Zealand, in October 2008 for his 18th birthday and engaged in oral sex with him, Robinson’s suit alleges. The suits also said that Long framed the sexual relationships as religious in nature. The suits allege that Long chose the plaintiffs to be his “Spiritual Sons,” a program that allegedly includes other young men from the church.” – via CNN

So who’s going to be the next self-loathing anti-gay closet case arrested or outed? 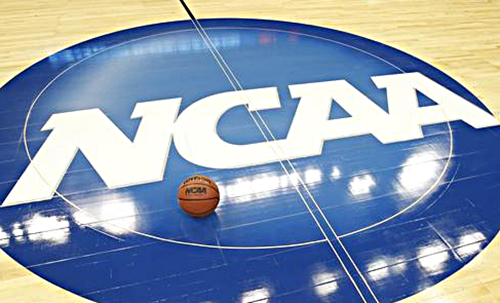 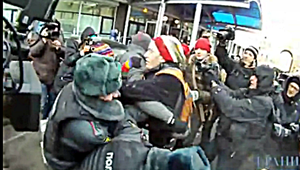 Gay Activists Attacked At Protest In Russia Outside DUMA – Video 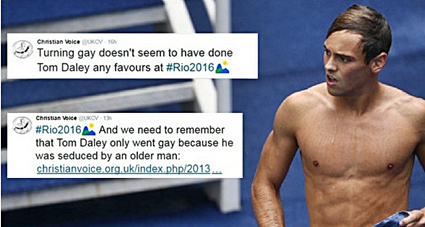 The REAL Gay Agenda! – The Secret is Out! (Video)