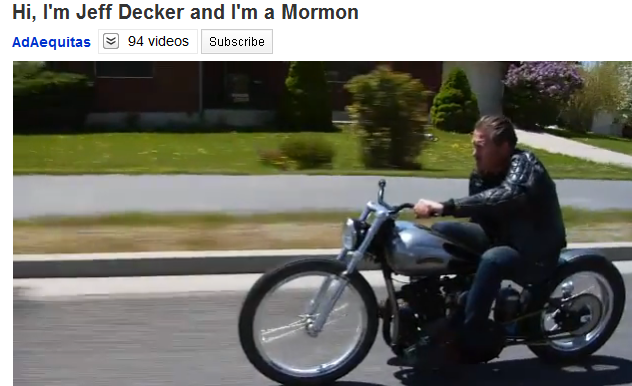 If you are (un)lucky enought to liove in one of these 9 cities: Baton Rouge, Colorado Springs, Jacksonville, Pittsburgh, Rochester, Oklahoma City, St. Louis, Tucson and Minneapolis you’re the lucky audience for a new series of commercials advertising… ………..Mormons. The airwaves are being bombarded with . \How Mormons are regular people who enjoy things like surfing and riding motorcycles.

The commercials of course mention nothing about hating homo’s,or some of thier crazy ass “beliefs” Like how everyone on earth now was a spirit in the pre-existence,.  And no mention of the fact that the LDS scripture that takes place during the same time as the Bible and takes place on the American continent, and that there are three heavens called the Celestial Kingdom, Terrestrial Kingdom, and Telestial Kingdom. The Celestial is the highest, where God and the ones who followed his law reside. The Terrestrial is the middle, where people who followed the Law of Moses reside. The Telestial is the lowest, where the ones who followed carnal law reside.

Because that doesn’t matter.  The Mormons are just normal everyday Joe’s like you right?

You see the Mormons are touchy about being persecuted getting run out of everywhere they were until they ended up settling beside a giant dead salt lake.  Even when they deserve to be persecuted.  Like for bankrolling  numerous anti-gay marriage campaigns in Florida, California, and probably other states that will soon be uncovered..  And people now see them now more than ever as a crazy hateful bigoted sect.

But it could also do with money. And we all know The Mormon Church is BIG on Money.

They Mormon Church is one of the largest purchaser of mortgages in the United States. Their sizable portfolio has stopped performing sufficiently to bankroll the massive building program they are committed to. Revenue from their substantial holdings (Bonneville International, Deseret Management & Intellectual Reserve) and membership donations have dropped due to unemployment and the worldwide economic downturn. They desperately need new blood to grow their business, like any large worldwide corporation.  Remember the three  men at the head of the Mormon church are called the Corporation of the First Presidency of the Church of Jesus Christ of Latter-day Saints. Make no mistake, these are not men with degrees in theology. They are shrewd attorneys, bankers and business professionals. That’s who’s running the Mormon church businessmen  Not men of god.

So they are just trying to get more converts to get some more money rolling in.

Basically this whole ad campaign is a crock o\f shit from a religion that is one baby-step above Scientology.

Instead os a ridiculous propaganda campaigns designed to make people think Mormons are cool, decent, loving people, Mormons should just be cool, decent loving people. Because all the videos in the world won’t make up for thier past history of xenophobia, bigotry, homophobia, and pushing thier crazyassed beliefs on others. 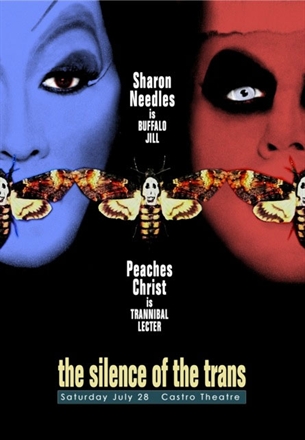 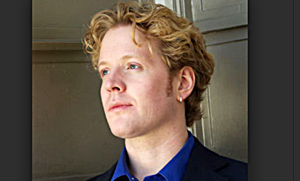