Online discount shopping website Gilt Groupe has come under fire from shoppers for partnering with Target, pre-selling the the  store’s designer collaborations. On Friday at noon Gilt Group stat\rted an online sale of TARGET designers sale, featuring John Derian, Mulberry and Tucker, which was met with crisism, iharsh comments and vows of boycotting on thier Facebook page

•Gilt – I will miss you but just cannot be a part of your support of Target and their funding of hate based anti gay politics. I can’t be a part of that GILT by Association.

•I’m very disappointed in the Gilt collaboration with Target. And not appeased by the statement released by Gilt supporting Target. I will not only not buy any Target merchandise through Gilt, but I will not buy any Gilt Groupe merchandise. I can’t have my money go towards politicians who not only advocate for stripping… LGBTQ people of their rights, but who advocate for harm/death to be brought to LGBTQ people.

GILT’s CEO Susan Lyne who was following the comments on Facebook responded to the crowd.

“Some of you have noted that Gilt benefits from the efforts and talent of the LGBT community — and you are absolutely right. We consider ourselves lucky to work in an industry that flourishes precisely because it embraces diversity and change. As a company and a community we are better, more creative, more successful because of the contributions of our LGBT colleagues. The sale we are doing with Target today is the result of many months of work on the part of Gilt employees and Target team members far removed from decisions about corporate political contributions. I am grateful to both groups for the care and effort they put into bringing something special to our respective customers. Whether you visit the sale today or not, please know that we will continue to celebrate the contributions of our LGBT employees and vendor partners and to support their events wherever we can. As always, thank you for engaging with us, today and every day.”

Fashion Magazine ELLE which has also been following GILT’s Frifay’s boycott remarks on Facebook noted what happened  after Lyon’s statement :

“As this post went live, 32 comments followed, including: “BS – your excuses are as feeble as Target’s…….business plans change daily at every company and you could have revistied your partnership. how stupid do you think we are???”    “Shopping the Groupe today is not shopping “Gilt” free. Social action and change stems from the idea that none of us are too far removed to stop injustice.  ” “So basically it’s monetary gain before ethics since you’ve already put time into the sale with Target.   Shame on you. Your words are meaningless If your actions don’t reflect them. You were better to keep your mouth shut and just keep using the gay community to your benefit than shine such a garish light on your hypocrisy.”

Once upon a time in the business word doing what was RIGHT for and by your customers and caring about thier needs and wants was the bottom line was  how a comapny made profits and became successful.

As for Susan Lyon and GILT her statement might as well read:  “We have such pretty, nice things to sell at good prices, so you will not be able to resist buying something that came from Target, since you are shallow and gullible.”

You know what I say.

FUCK EM BOTH!  FUCK TARGET!  FUCK GILT! AND FUCK ANYONE THAT DOES BUSINESS WITH TARGET OR ANY COMPANY THAT CARES MORE ABOUT ITS PROFITS THAN THE RIGHTS OF HUMAN BEINGS!

There are many many designers, stores, shopping websites, and small businesses that could benefit from our money that care about thier customers, human rights, and the world we live in. 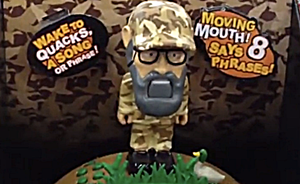 Video – What Would Happen If Mark Zuckerberg Deleted Facebook: The Social Network 2