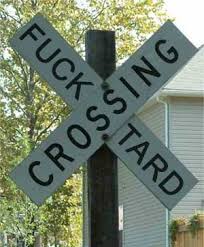 From The Protect Marriage Press Release: (And yes, as always they beg for MORE MONEY!)

“Great news! The Ninth Circuit Court of Appeals has just now granted our request to suspend Judge Walker’s ruling against Proposition 8! This legal victory upholds the votes of 7 million Californians while the Perry v. Schwarzenegger case is heard on appeal. If the Ninth Circuit had not granted our motion, then Judge Walker’s decision would have gone into effect on Wednesday, changing the definition of marriage in California despite the vote of the people less than two years ago. As we pointed out in our motion, Judge Walker’s decision totally ignores virtually all legal precedents, the well-recognized public interest served by fostering traditional marriage, and even common sense itself.

In addition to stopping Judge Walker from imposing same-sex marriage on California, the Court of Appeal also ordered that this case will be expedited. That means our opening legal briefs are due in just 30 days! So please help support our legal team and all their important work. With the Attorney General and Governor refusing to defend the people’s vote for Prop 8, the entire burden of defending Prop 8 falls up our legal defense team. We receive no government funding. We rely exclusively on the generous financial support of concerned citizens like you. Please make a special donation right now to help us keep up with the legal costs of defending Prop 8! Thank you for your prayers and support”

“Pride cometh before a fall” So keep on gloating there you assholes.

National Organization For Marriage Uses Harris Poll To Prove Not All Gays Want To Get Married. WHAT?!