Both Jon Stewart and Stephen Colbert took on the Prop 8 Overturn and some of the  reactions from CNN, straight Prop 8 supporters, Sarah Palin, FOX News’ Neil Cavuto, and Maggie Gallagher and Judge Vaugh Walker himself.

A MUST SEE! Freaking hysterical! 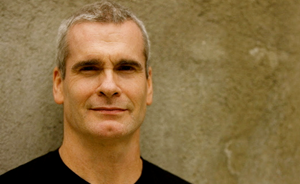 White Tea Party Federal Worker At Glenn Beck Rally: "It’s The Homosexuals Who Are Holding Me Down" (Video)