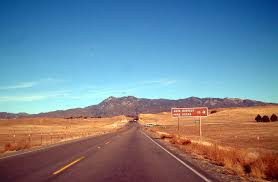 The County of Imperial, California’s Board of Supervisors voted 4-1 yesterday to file an appeal, and has filed an appeal with the 9th Circuit Court of Appeals challenging U.S. District Judge Vaughn Walker’s ruling that deemed Proposition 8’s ban of same-sex marriage unconstitutional.

Judge Vaugh Walker last week denied Imperial County’s effort to intervene in the case, saying the county lacked sufficient interests in the matter to do so. The county, represented by the Christian legal group Advocates for Faith and Freedom, pledged to appeal that denial. “The personal opinion of a single judge in San Francisco should not be substituted for the opinion of over 7 million voters,” Advocates for Faith and Freedom General Counsel Robert Tyler said in a statement.

Perhaps the Board of Supervisors should consider changing the countt’s name to The Grand Imperial County ala the KKK.  With one of the worst economic outlooks and highest unemployment rates of any California county, doesn’t Imperial County have more important things than spending its very limited resources on than appealing a lawsuit especially when they are bound to lose since a county can not supersede the state which has the jurisdiction over any county. And the state has decided not to appeal. A county can not override that, specifically if they were not party to the suit.

Not the brightest bulbs in the bunch are they?

I would say boycott the fuckers.  But there’s nothing there to begin with.

1 thought on “Imperial County, California Files Appeal Against The Overturning Of Prop 8”