Thats right kids.  Today we have a TRIPLE HEADER of HATE coming at us today from “Douchey, Schmoo and Asshole” otherwise known as Pat Buchanan, Texas Govemor Rick Perry and AFA’s Bryan Fischer.

“Federal Judge Vaughn Walker is truly a visionary. Peering at the 14th Amendment, Walker found something there the authors of the amendment never knew they put there, and even the Warren Court never found there: The states of the Union must recognize same-sex marriages as equal to traditional marriage. With his discovery, Walker declared Proposition 8, by which 5.5 million Californians voted to prohibit state recognition of gay marriage, null and void. What the people of California voted for is irrelevant, said Walker; you cannot vote to take away constitutional rights. This is not just judicial activism. This is judicial tyranny.

Spoken like a man who has experience in all three categories!

Too bad  you returning to your hateful roots in recent years.(Mostly because when you quiet I could make believe you were dead) But you musst need money now. Pathetic people make their money pandering to the hateful and more base side of humanity.  And Pat you are pathetic thats for sure

Next up is Texas Govenor Rick Perry who never met a farm animal he didn’t like.  On the campaign trail, Perry talked up Texas as a great place to be…..unless you are gay of course.
As they used to say, “Go east until you smell it, go south until you step in it.”  Or in Perry’s case eats it.

That prompted a question, later on, from someone in the audience who wanted to know if the governor of Texas wants to be the next president of the United States. “No,” Perry said. “I have no intention to go to Washington, D.C., except maybe to go to a museum, like the Smithsonian.”

Social issues might be in the back seat, but they’re still in the car: “There is still a land of opportunity, friends — it’s called Texas,” Perry said. “We’re creating more jobs than any other state in the nation. … Would you rather live in a state like this, or in a state where a man can marry a man?”

“Glenn, Glenn, Glenn: if special rights are given to people just because they want to use the alimentary canal for sexual purposes, no social conservative will be able to criticize homosexual behavior on biblical or moral grounds without running the risk of legal punishment. Goodbye freedom of speech and goodbye freedom of religion. You, Glenn, will have aided and abetted those who are out to destroy two of the inalienable rights God has given to men, and you don’t think that’s a threat to this country? Wake up and smell the toxins, my friend

We must choose between the homosexual agenda and religious liberty, because it is impossible to have both. Every advance of the homosexual agenda comes at the expense of our first liberty, the very first right enshrined in the Bill of Rights, the right to freedom of religious expression. You have chosen the side of suppression and tyranny over the light of liberty. You have done a noble thing on your radio and television programs by repeatedly calling us back to our founding history and to our foundational values as a country. But Glenn, our ‘Divine Destiny’ as a nation does not include societal approval for people who want to use the anus for sex. The ‘Laws of Nature and Nature’s God’ don’t endorse such behavior. And neither should you.”

Just another boat ride down the alimentary canal with your capatain, Bryan Fischer. 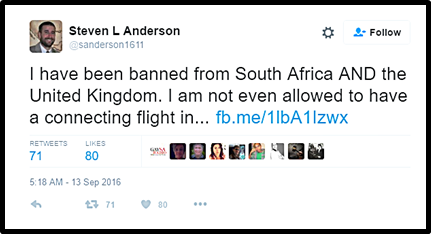 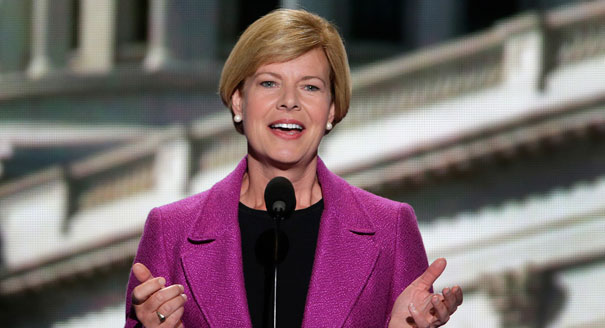 Finally Someone In Congress Willing To Do Something About ENDA; Senator Tammy Baldwin Taking More Steps

Anderson Cooper FINALLY Comes Out of The Closet: “The Fact Is, I’m Gay.”