Joe Mirabella is a Bilerico Project Contributor, blogs at Huffington Post and SeattlePI.com. He is co-host of the popular weekly political podcast “Same Sex Sunday.

Yesterday Pam Spaulding over at Pam’s House Blend  gave him a platform to post his piece “Don’t Close the gAyTM” (which you can read in full by clicking on the title and also over at Bilerico) in which Mirabella says that now is not the time to withhold money from the DNC being that we are “are too close to our goals to allow the Conservatives to take over”.

Mirabella must be smoking some MIGHTY WACKY WEED ro believe that we are close to our goals and that the Democrats have done so much.

But the best part of this post was a comment left by John Vissar which will post here in it’s entirity because it is so true, inspiration and outlines exactly why we SHOULD indeed close the GAY ATM.

This is also outrageous and offensive to everyone who supports civil rights period. Is Mirabella suggesting that only those who have money deserve civil rights? I don’t know how he and his family are faring in this recession, but a lot of us queers are hurting. WE SHOULD NOT HAVE TO CHOOSE BETWEEN FEEDING OUR KIDS AND BUYING OUR RIGHTS. END OF DEBATE. Go back to being out of touch with the very lgbt community you claim to speak for.

Here’s another factoid that the Democratic Party operatives don’t want you to know: just because you give money to a “fair-minded” politician doesn’t mean they will support you after the election. An example: look no further than Barack HomophObama.

He ran on an antiwar platform… and he’s now presiding over two failed wars and an escalation in Pakistan. 30% of the casualties of nine-year Afghan War have taken place in during Obama’s 1 1/2 year presidency.

We voted for Obama because we wanted to defend a woman’s right to choose. Instead we got the Stupak Amendment and an executive order from Obama barring the use of federal funds for abortion (overkill given the Hyde Amendment).

We voted for Obama because we wanted more union rights. Instead, EFCA and ENDA are dead.

We voted for Obama to close Guantanamo Bay. It’s still open and they’re still down there torturing innocent people.

We voted for Obama to break from the so-called Republican love-affair with Big Oil. Instead, Obama fiddles while BP burns the Gulf.

We voted for Obama to end the dominance of Wall Street. Instead, we’ve witnessed the largest transfer of wealth in human history, from your wallet and dinner table to the wealthiest people in the world who caused the current economic crisis and wrote the financial “reform” laws now before Congress.

We voted for Obama to stop the foreclosure crisis. Banks got their reward, while millions, including a disproportionate number of African-Americans, are now threatened with homelessness.

It cost lgbt activists nothing to have homosexuality removed from the DSM. Why does it cost me $300 million to pass a law saying lgbt people shouldn’t be fired for being lgbt?

There was a time when any hack could stand up and say “Vote for the Democrats!” and we would all blindly obey. Thank God that time is over.

Which side are you on?

And i totally agree 100 percent that Mirabella’s article/post is outrageous, offensive, and insulting to anyone who supports civil rights.   Vassar says it all and sums it up in a nutshell quite nicely.  And I for one will NOT follow Mirabella and give one red cent to the DNC.  I hope that you’ll follow suit.

There are a multitude of pro-LGBT political organizations and candidates that we can give our money to rather than the DNC. And that’s what we all should do.

No money AT ALL to the DNC (party), the DSCC (Senate campaign), the DCCC (House campaign) or OFA (Obama’s operation).

FRC’s Tony Perkins Gets Nostalgic For When Being Gay Was Illegal. 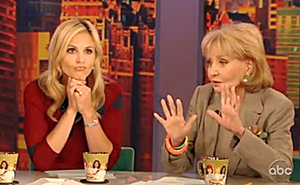