It’s been almost 35 years since Anita Bryant an American singer, former beauty queen, star,  and pitchwoman for companies like Coke and Florida Orange Juice  started her venomous ‘Save Our Children’ campaign against homosexuals in Dade County, Florida that spread throughout the nation and led to an upswing in violent attacks, including murder, against gays and resulted in numerous cities denying or retracting civil rights for LGBT’s

“What these people really want, hidden behind obscure legal phrases, is the legal right to propose to our children that theirs is an acceptable alternate way of life. I will lead such a crusade to stop it as this country has not seen before.  As a mother, I know that homosexuals cannot biologically reproduce children; therefore, they must recruit our children” and “If gays are granted rights, next we’ll have to give rights to prostitutes and to people who sleep with St. Bernards and to nail biters.” She also added that “All America and all the world will hear what the people have said, and with God’s continued help we will prevail in our fight to repeal similar laws throughout the nation

On June 7, 1977, Bryant’s campaign led to a repeal of the anti-discrimination ordinance by a margin of 69 to 31 percent.  The gay community retaliated against Bryant by organizing a boycott on orange juice. Gay bars all over North America took screwdrivers off their drink menus and replaced them with the “Anita Bryant”, which was made with vodka and apple juice. Sales and proceeds went to gay civil rights activists to help fund their fight against Bryant and her campaign.

Bryant led several more campaigns around the country to repeal local anti-discrimination ordinances including St. Paul, Minnesota; Wichita, Kansas; and Eugene, Oregon. Her success led to an effort to pass the Briggs Initiative in California which would have made pro- or neutral statements regarding homosexuals or homosexuality by any public school employee cause for dismissal. Grass-roots liberal organizations, chiefly in Los Angeles and the San Francisco Bay Area, sprang up to defeat the initiative.

Anita Bryant’s anti-gay success galvanized the gay community and supporters.. She became one of the first persons to be publicly “pied” as a political act (in her case, on television), in Des Moines in 1977.  Bryant quipped “At least it’s a fruit pie,”  making a pun on the derogatory term for a gay man, “fruit.” While covered in pie, she began to pray to God to forgive the activist before bursting into tears as the cameras kept rolling. Bryant’s husband, after promising not to retaliate, later took another pie and threw it at the LGBT rights protesters that had pied his wife. By this time, gay activists had ensured the boycott on Florida orange juice had become more prominent and it was supported by many celebrities including Barbra Streisand, Bette Midler, Paul Williams, John Waters, Carroll O’Connor, Mary Tyler Moore and Jane Fonda.

The fallout from the gay communinty and it’s supported ruined her.  Her contract with the Florida Citrus Commission was allowed to lapse in 1979 because of the controversy, Her marriage to her first husband Bob Green failed at that time, and in 1980 she divorced him, citing emotional abusiveness and latent suicidal thoughts.  Eben the fndamentalist audiences and venues shunned her after her divorce. As she was no longer invited to appear at their events, she lost another major source of income. With her four children, she moved from Miami to Selma, Alabama, and later to Atlanta, Georgia.

In the time since Bryant currently has a warrant out for her arrest in Pawnee County, OK where she is wanted on a hot check charge. Pawnee County Misdemeanor case CRM-89-00032, filed on April 10, 1989, alleges that Anita J. Bryant obtained merchandise and/or money by means of a false and bogus check. Information provided by the court clerk matches Bryant’s previous residency in Tennessee. And Bryant and her now second husband Bryant and her husband Charlie Dry have fled three states where they escaped from paying millions of dollars in debts and taxes and  in her wake a number of backup performers, including children, who were left unpaid, homeless, and hungry in Tennessee, Missouri, and Arkansas. They landed in Edmond, Oklahoma where they now reside in a million dollar mansion.

And now smelling the money that the anti-gay groups of today make and launder the bitch is back and will appear at an anti-gay event, anti athiest, anti muslim, event sponsored by “Reclaiming America For Christ” in Oklahoma tomorrow. (Which undoubdted she will get a nice fat check for)

On July 9, 2010 for a patriotic performance in Yukon, OK before an Oklahoma-based group that has become nationally known for its malevolent attacks on gays and whose members include the husband of leading homophobe State Rep. Sally Kern. Bryant’s appearance is part of a two-day conference spanning July 9th and 10th calling for a return to America’s Christian heritage, a crusade against Muslims and gays, and will coincide with the first ever Patriot Pastors Tea Party.

Also speaking at the Okalahoma event will be the infamous David Barton of Wallbuilders who will be appearing as the headliner. Barton is an evanglelist and self-styled American historian that has been exposed numerous times fabricating quotes and then claiming they were made by the Founding Fathers, like George Washington. Barton, a graduate of Oral Roberts University who now resides in Aledo, TX, has previously spoken at two events hosted by Holocaust denier Pete Peters – a Neo-Nazi with the Christian Identity Movement that advocates the murder of gays.  (And for my Cincinnati Area our own anti-gay hate group The Citizens For Community Values and hate monger Phil Burress have serious ties to Barton which includes promoting his tours and having him speak at CCV events and fundraisers.)

So here we are kids almost 35 years later we are being attacked and deviled by the same people, using the same arguments from 35 years ago.

Just how far have we not come?

After all these years to have our original hate mongers still attacking us mindblowing.  We battled Bryant and her allies once and started to win and then we took a different approach that has obviously led us no where fast.  Its time to go back to our roots and look back at history on how to battle these blood sucking demons who will not let us live in peace until we expose them for what they really are and destroy them.

Stop with the checkbook activism and  being so god dammed politically correct and do something PLEASE? 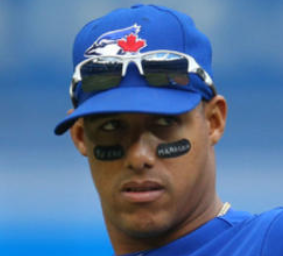 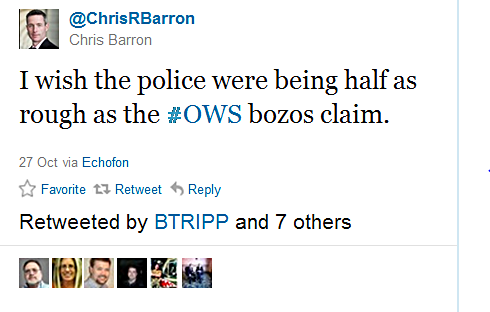 1 thought on “The Bitch Is Back! – Anita Bryant The Original Queer Hating Anti-Gay Crusader Claws Her Way Out Of Her Crypt To Ressurect Her Gay Hating Legacy.”