27 year old Kevin Pereira is a geek.  And a VERY HOT geek at that.

While at high school, Pereira hosted Pointless Audio under the pseudonym Captain Immy. The show featured many prank calls and was hosted on such gaming sites as Planet Quake and ShugaShack (now ShackNews); it later evolved into Pointless TV, and finally LickMySweaty.com.  After working as a network administrator at an internet service provider for five years and also at a television network, he pursued a career at G4. He started as a production assistant on the talk show G4tv.com, then moved on to Arena and Pulse and then quickly moved to another G4 show, The Screen Savers, in 2004. Pereira is a co-host of G4’s live tech info show Attack of the Show! and is the only original cast member still remaining. (Which is a good thing because he loves to take his clothes off and has a great ass!) 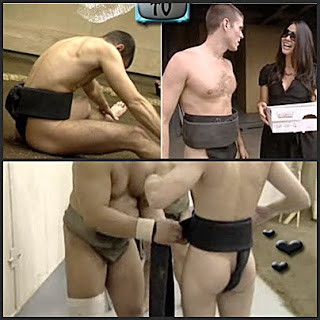 1 thought on “Hot Geek Of The Week: Kevin Pereira of G4’s "Attack Of The Show" (Naked)”