Oh yeah there’s going to be alot of gay vamping on True Blood this season including a Sam/Bill sex scene.  Here are two early pictures to whet your appetite. 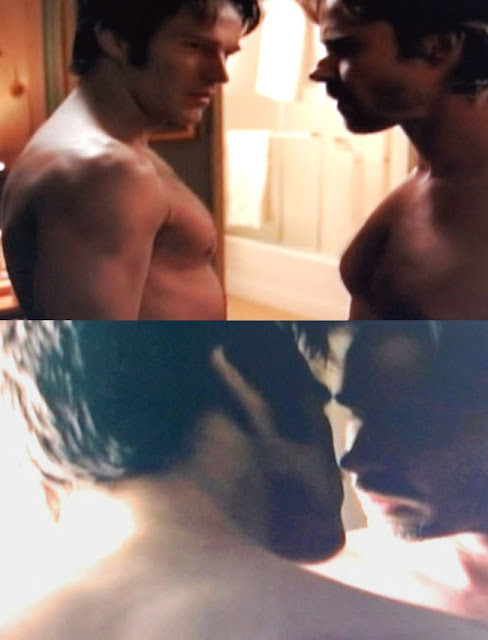