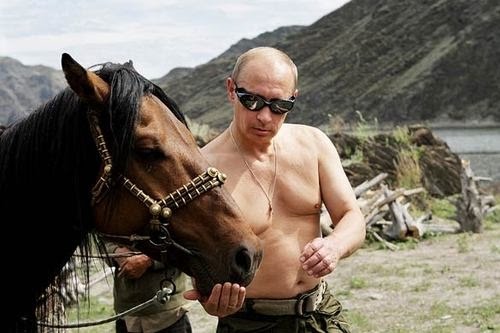 In the New York Times today, Big Beefy Daddy Vladimir let it be known that he is “of a traditional orientation”.  (read: 100% HETERO) can tell you this “with complete certainty.” So stop asking him all these “literary” (read: TOTALLY GAY) questions about his “marriage” to President Medvedev!

And then to underscore the point, he ate a bowl of borscht in the shower and went back to bear-wrestling in his jockeys.